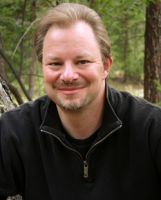 Award-winning author Marty Essen will present his high-energy multi-media show, “Around the World in 90 Minutes,” at the three campuses of West Virginia Northern Community College later this month.

Shannon Payton, director of student activities at West Virginia Northern, said the show, free and open to the public, features interesting facts, humorous stories and the best of thousands of photos Essen took while traveling the world for his book, “Cool Creatures, Hot Planet: Exploring the Seven Continents.”

Payton said, “It's the type of show where the audience has fun laughing at the stories, oohing and aahing at the photos, and then, when it's all done, they realize just how much they've learned.”

“Around the World in 90 Minutes” began as a show Essen presented in bookstores as part of his first book tour. Later, after numerous refinements, the show took on a life of its own in colleges, museums and nature centers across the United States.

“In fact,” Payton added, “Marty Essen has been named by a major college activities association as the number one booked college speaker for 36 out of the past 40 months. Additionally, Campus Activities Magazine named Marty as one of its “Hot Speaker” picks for 2011.”

Highlights of Marty’s show include:

Light refreshments will be available at the shows. Call 304-214-8917 for more information.

Essen has won multiple book awards for travel/essay writing, including the Benjamin Franklin Award, the Best Books Book Award and the National Indie ExcellenceAward. In addition, he won a first place award at the 2009 Green Book Festival in Los Angeles, and the Minneapolis Star-Tribune named “Cool Creatures, Hot Planet” a top-10 “Green” book.