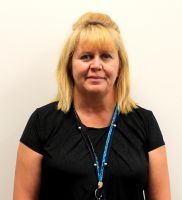 “These Cabinet-level officers are responsible for two of our most important educational components, academic offerings and enhancement of the area’s workforce through training and economic growth,” Riley said. “I look forward to working closely with them.”

Prior to working at Northern, DeAtley was associate vice president for academic affairs at New River Community and Technical College in Beckley, W.Va. Previous to that, she served in several positions at Southern State Community College in Hillsboro, Ohio, including dean of career and technical education, medical assisting program director and medical assisting instructor.

In addition, DeAtley in 2009 began teaching as an online instructor in healthcare administration for Kaplan University-Online. She holds membership in a number of professional organizations and has been an active volunteer with several community service groups.

She earned her doctorate in 2008 in educational leadership-higher education administration from Argosy University, Sarasota, Fla.; her master of science in business administration in 2002 from Franklin University, Columbus, Ohio; a bachelor of arts in organizational management in 2000 from Midway, Ky., College; and an associate in applied science degree in medical assisting from Southern State Community College in Hillsboro in 1990.

Shahan, the new vice president of economic and workforce development, has had a lengthy career in education, starting as a high school administrator with Kanawha County Public Schools in Charleston, W.Va., and later with Stafford County, Va., public schools. In higher education, he has served both four-year and two-year institutions.

Prior to joining Northern, Shahan was executive director of the Martinsburg, W.Va., campus of Mountain State University/University of Charleston. Previous to that he was director of corporate training for the Kern Community College District, Bakersfield, Calif. From 2003-2009, he held several positions at Mohave Community College in Bullhead City, Ariz., where he was campus president for three years after serving as associate dean of continuing education, director of training for continuing education and educational coordinator/adjunct professor. His experience in higher education also includes a stint as educational coordinator at Southeastern University in Washington, D.C.

The Vietnam War veteran is active in civic and community service organizations. A serious hobby is residential construction; he has built or otherwise worked on numerous homes for more than 25 years.