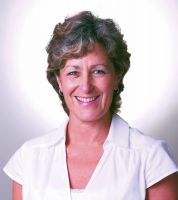 Lisa Allen, who is overseeing one of Wheeling’s most successful businesses, the Ziegenfelder Co., will be the main commencement speaker for West Virginia Northern Community College’s 2012 event.

Northern’s graduation ceremony will be held at 7 p.m. Friday at WesBanco Arena.

Allen has been president and chief executive officer of Ziegenfelder’s since January of 2003. For four years prior to that, she served as the firm’s national sales manager. Allen also managed her own independent consulting business, LBR and Associates, from 1987 to 1999. From 1980-85. she was an employee of the Wheeling Park Commission.

With Allen at the helm, Ziegenfelder’s downtown Wheeling location has grown tremendously during the past seven years. Multi-million dollar capacity expansion projects have resulted in record sales for 30-40 branded and private label products and more than 200 employees. The firm has customers nationwide.

In 2010, the president and CEO steered a $2 million equipment and production facility purchase in Chino, CA, serving west coast customers and resulting in operations and logistics savings for the company.

Allen’s guidance of this period of strategic growth has lead to a 10-year annualized revenue growth of 9 per cent, with corresponding profitability each year.