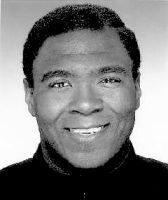 West Virginia Northern Community College’s three campuses will celebrate Black History Month in February via a tribute to comedian Bill Cosby, one of the most famous entertainers in the world.

All those wishing to attend, including students and the public, should RSVP to Ida Williams, student activities program coordinator, at 304-214-8917 or by e-mail at iwilliams@wvncc.edu prior to noon on Monday, Feb. 3. Please stipulate which campus performance you wish to attend.

The program has been made possible by a grant through the Diversity for Equity program of the Higher Education Policy Commission and the Community and Technical College System in West Virginia.

Kenney’s program charts the “motivational, inspirational and funny journey” of Cosby “from his humble beginnings in the Philadelphia projects to becoming one of the most successful and respected performers in the world.” The entertaining look describes how Cosby “reached his goals through hard work, education, laughter and believing his dreams.”

Cosby recently announced a new chapter in his life: he is interested in beginning a new television comedy series.

Kenney is from Educate Us Productions and his direct website is www.educateus.org. A professionally trained actor, Kenney studied at the Pittsburgh Playhouse in association with Point Park College. He has performed in numerous feature films, theatrical productions and commercials. In 1998 Kenney was awarded the YWCA Racial Justice Award. He serves on the Education Advisory Board of the National Baseball Hall of Fame.