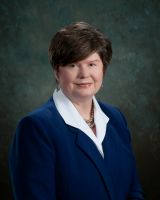 Riley served ten years at WVNCC, including the first seven years as Vice President of Academic Affairs. On January 6, 2015, Riley was appointed WVNCC’s seventh president. Her career in community college education spans over thirty years and she has worked in West Virginia community colleges since 1995.

“I have been fortunate to spend my entire career seeing first-hand the impact community colleges have on students and the communities they serve. I am particularly proud of what our team has accomplished at WVNCC and the number of lives improved by community college education,” stated Riley.

During Riley’s tenure, WVNCC has increased the number of graduates, expanded technical programs and facilities, increased partnerships with schools, businesses and industries and invested in competitive employee wages.

“It has been a privilege and an honor to lead Northern” added Riley. “I have no doubt the College will continue the great work we have been able to accomplish. WVNCC has a bright future ahead.”

WVNCC Board Chair Brann Altmeyer acknowledged Riley’s dedication to the College. He credits her with strengthening the institution’s fiscal position and building capacity to meet current and future needs of the region.

Koon retired from WVNCC in 2015 after serving in both faculty and administrative roles for forty years. He served 10 years as a full-time faculty member and during that time served as chairperson for the Science, Math & Technology Division. He has served as the Campus Dean on WVNCC’s Weirton Campus on three different occasions and fulfilled the role as Vice President of Workforce Development for 10 years. He has served as Interim Vice President of Academic Affairs three separate times, including 2017. From 1989-1990 Koon served as Interim President. During his retirement he has continued to teach one course as an adjunct professor. Koon has also been a consultant/evaluator for the Higher Learning Commission for 23 years.

West Virginia Northern Community College’s mission is to educate and empower individuals to achieve academic and career goals, leading to a highly skilled, well-rounded, and accomplished workforce which successfully competes and adapts in a global economy. The College responds to the needs of the region it serves by offering a high-quality learning environment that is accessible, safe, and accommodating while nurturing teamwork and community service.