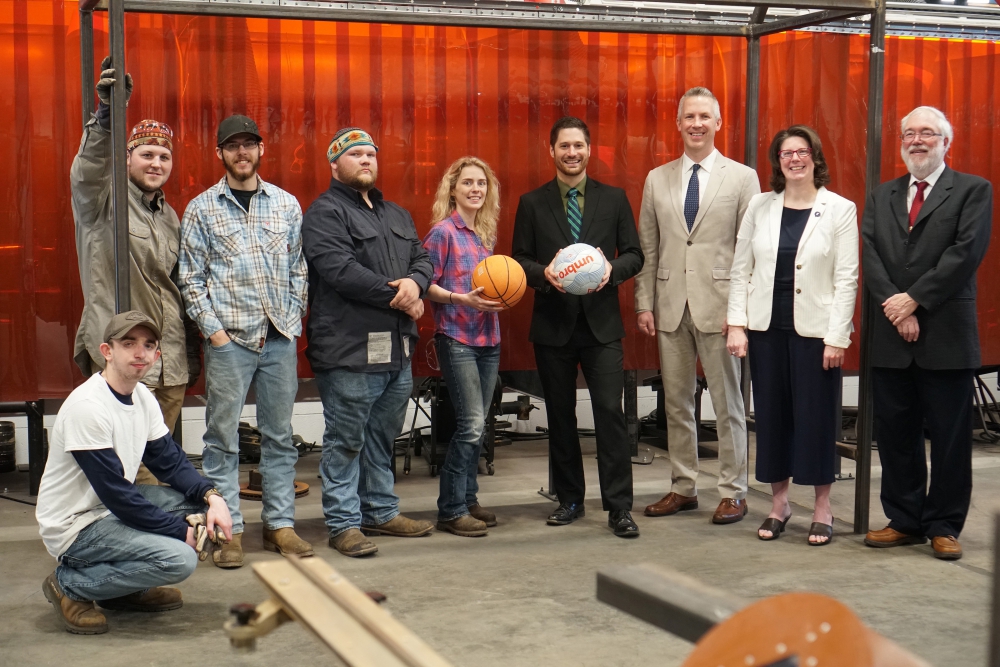 West Virginia Northern Community College (WVNCC) Welding students have created two basketball hoop/soccer goal all-in-one structures that will be placed at Jensen Park on Wheeling Island after the park’s upgrades are completed in the Fall. The structure will be one-of-a-kind in the City of Wheeling.

Killeen reached out to Wheeling Director of Parks and Recreation, Jesse Mestrovic, to see if the city had any needs with which the students could help and, at the same time, fulfill the requirement. Mestrovic, who is overseeing the redevelopment of city playgrounds through a Community Development Block Grant, had an idea. “I saw a structure over in Europe that was a basketball hoop/soccer goal combination that I thought would be perfect to maximize the space in Jensen Park,” said Mestrovic. “It was going to be too expensive to purchase so I floated the idea to Brandy and she thought it would be a perfect project for her students.”

Killeen had the students do research on the structure and they drew up plans before they got started. The students then laid out the metal and welded the structures together during class. “The students did a great job and are extremely talented welders,” added Killeen. “The students were able to use what they have learned over the last two years and had a lot of fun in the process.”

The students, John Duplaga, Cameron Kefauver, Tyler McCracken and Josh Thacker, will all be graduating on May 10 at WVNCC Commencement exercises at WesBanco Arena.

West Virginia Northern Community College is a two-year comprehensive community college offering transfer degrees and programs in the Liberal Arts, Career-Technical, and Community and Continuing Education on three campuses in the northern panhandle.